A couple of comments on the topic of negative interest rates inspired by the Swiss Finance Institute's webinar on the very same topic. 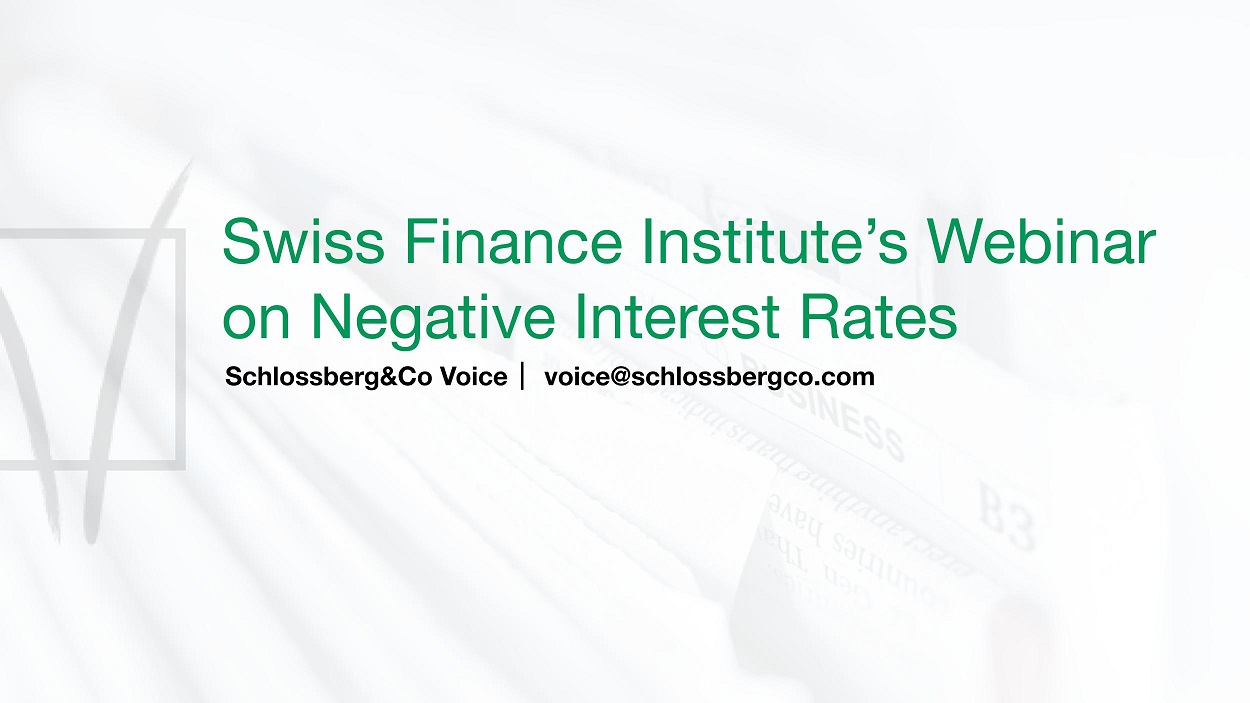 In the following we would like to share our brief comments on some of the topics discussed:

-Potentially looming inflation at the horizon as well as the fact of negative interest rates have been stressed as factors that will have a positive effect on government finances since they help decrease overall debt levels. This is certainly true. We dare to ask the question though: Why is this state of affairs hardly ever questioned: Government can go into debt and this debt is diminished by negative interest rates and inflated away on the backs of private investors and citizens. This looks increasingly like an imbalance between government and private actors. Should not the government be the servant of the people and not vice versa?

-Talking about negative interest rates and its effect on financial stability the experts particularly mentioned the danger of investors going into riskier assets since they are on a constant hunt for yields. Again this is true. But again we dare to ask the question: What is the real risk of negatively-yielding government bonds? In today’s financial world they might be regarded as the de facto risk-free asset. The catch is: They act as the risk-free assets until they do not. We would caution not to underestimate this very risk. To the turkey, everything seems fine, until one day, the very day right before Thanksgiving.

-With the continuation of negative rates, private precautionary saving is expected to increase. What we believe to have heard between the lines is that this is considered a rather bad thing. We would not necessarily deny this when taking an overall perspective. But we would encourage people to take an even broader perspective: Why not talk about the elephant in the room: the negative interest rate trap that central banks around the world have maneuvered themselves into. Why not talk about the even greater elephant in the room, which is the irredeemable currency system that has broken loose after states have abandoned the gold standard and moved over to a system of flexible national currencies. National currencies that have been in a constant debasement battle with each other. A battle that has led to a losing “winner” emerging, which is the US dollar that has again reinforced a global eurodollar standard, which has made the world ever more dependent on one irredeemable national currency. With this dependency, overall fragility has been increasing over the past couple of decades.

Although we have learnt some interesting points during the webinar, it is to our great disappointment that hardly ever are these sorts of points and deeper facts addressed. Nonetheless, it is these deeper facts that are responsible for the whole string of further anomalies like negative interest rates. We at Schlossberg&Co have made it our priority to delve into these deeper facts. It is our objective to understand them in order to gain an understanding of how the world works, so we can provide real benefits to our clients.