"We should be happier to have a job than to have our savings protected," says incoming ECB President Christine Lagarde. 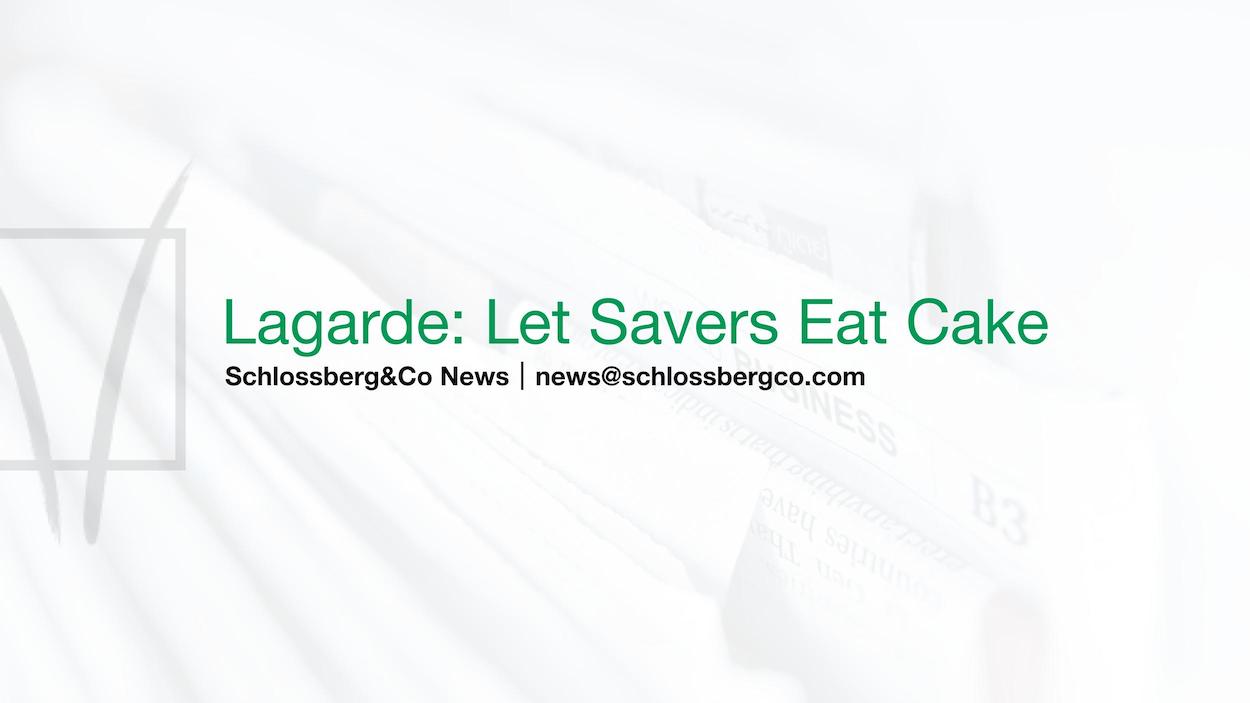 In an appeal to Germany's sense of solidarity and in the hope that the memory of hyperinflation in Germany had faded enough, Lagarde said that there was "not enough solidarity" in the single currency area: "We share one currency, but we don't share much budgetary policy at the moment".

"Those who have the room for manoeuvre, those who have a budget surplus, i.e. Germany, the Netherlands, why not use this budget surplus and invest in infrastructure? Why not invest in education? Why not invest in innovation to achieve a better balance," Lagarde asked, accusing Germany and the Netherlands of living within their means and demanding that they should not do so anymore just because most other Europeans decided to take a page out of the American playbook and live exorbitantly outside their possibilities.

Lagarde's direct attempt to shame European fiscal conservatives was simply shocking: usually ECB officials avoid naming individual countries in public statements because their mandate is to act in the interests of the eurozone as a whole. But when Lagarde gave her speech, she had not yet officially taken over the Frankfurt institution - she will follow Mario Draghi on Friday.