Greenspan: "No Point in CBDC."

Alan Greenspan, the former chair of the United States Federal Reserve (Fed), has said there’s “no point” for central banks to issue their own digital currencies. 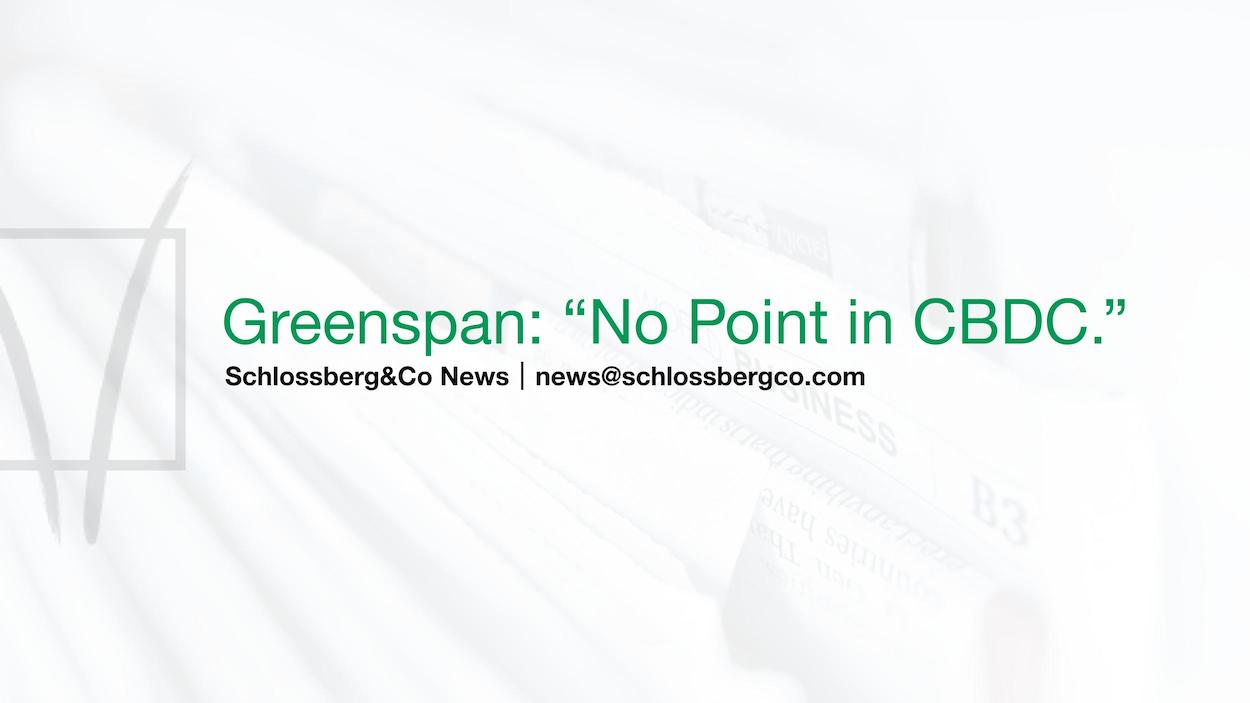 Former Fed chief Alan Greenspan said Tuesday that there is no need for central banks to issue digital currencies. "There is no reason for them to do it," Greenspan said at the annual conference of the Chinese financial magazine Caijing. He pointed out that national currencies are supported by government loans, which no other organization can offer. "The United States' fundamental sovereign credit is far higher than anything Facebook can imagine," Greenspan said.

The social networking company made waves earlier this year when it announced plans for a crypto-currency project called Libra, which had important partnerships with major global payment processors. However, last month Visa, Mastercard, PayPal, Stripe and eBay said they would exit the coalition behind Libra, amid increased US government control.

Meanwhile, the People's Bank of China has pushed ahead with work on its own digital currency, although it is unclear how soon it will be released.

Patrick Harker, president of the Philadelphia Federal Reserve, said in early October that it was "inevitable" that central banks, including the Fed, would issue digital currencies, according to a Reuters report. He said that his view was "in the minority" at the Fed, but that his staff is researching the issue, Reuters said.