In recent weeks, unprecedented monetary and fiscal policy measures by central banks and governments have (for the time being) restored order in financial markets. But will all these measures backlash at some point? Will they even lead to galloping inflation in the near future? 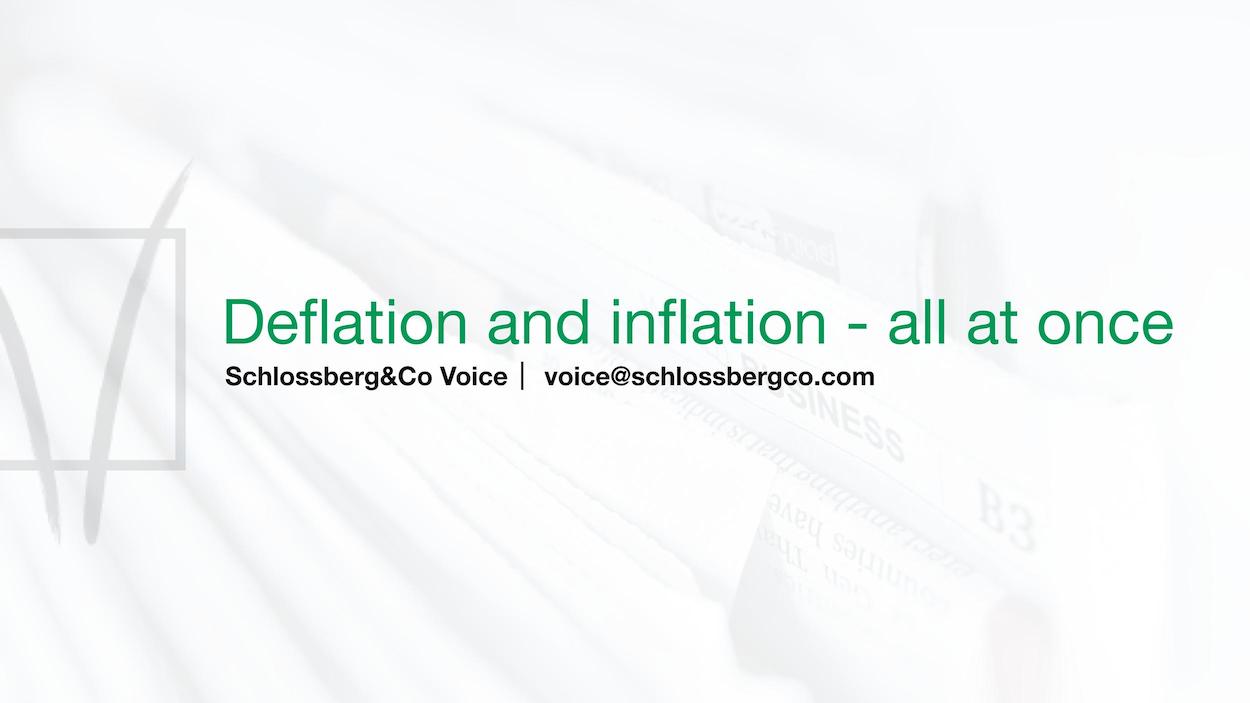 In her article, Lyn Alden explains in great detail that inflation is likely to occur if the stimulus money and the liquidity created by quantitative easing make it into the hands of the general public. Moreover, citizens would have to make it out of their quasi-quarantine to spend the money. She also points to the danger that supply chains and major infrastructure projects could be disrupted at a time of potential deglobalization, which could lead to structural inflation.

Lyn's analysis is very deep, which is very impressive. We definitely see the points she makes. Nonetheless, we do see deflation as the main risk at the moment.

-Oil prices have collapsed. Diesel and gasoline account for 3.5 percent of the basket of goods and services. After the closure of a significant part of the economy, low prices for oil - and for commodities in general - will keep consumer price inflation very low for at least the next year.

-Data already indicates a decline in commodity prices. Lower costs for producers will lead to lower commodity prices. Many companies are offering large discounts to sell inventory and raise cash to cover their running costs.

-And finally, millions of jobs have been lost in the last six weeks. Wage disinflation is a cause for concern. There is already anecdotal evidence that companies are trying to reduce costs by cutting wages. Lower wages mean lower production prices and ultimately lower retail prices.

According to Lyn Alden, there are structural reasons that will lead to an increase in the inflation rate in the long term. Central banks have monetized a huge portion of their government’s public debt and, given the already announced strong expansion of government spending programs, they will have to continue printing more money in the foreseeable future. This money will find its way into assets and drive up prices accordingly. The asset price inflation of recent years will thus continue. Consumer prices may well be driven by this liquidity, but only in certain goods. Daily consumer goods (as measured by the CPI) will hardly be affected. These are more likely to be goods that can be found further up the Maslow pyramid.

In summary, we will see inflationary pressure coming from higher asset prices. Daily consumer goods and thus the measured core inflation will hardly be affected. Rather, they will see deflation, especially in the short term.