There's still a debate going on, whether Bitcoin is a security or not. While Bitcoin shows many great signs that would exempt it from being a security, the final word has not been spoken yet. 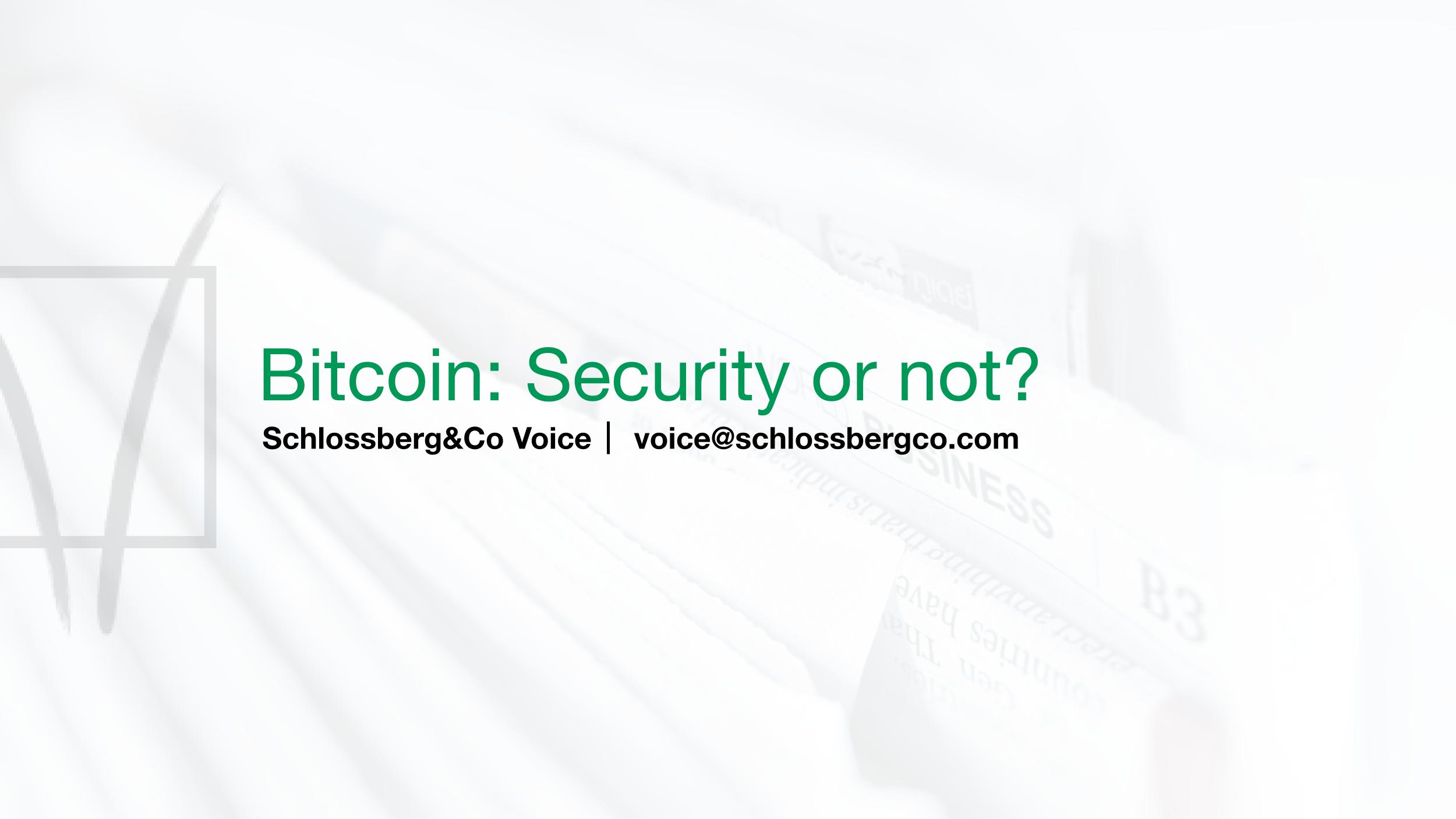 Ever since the inception of bitcoin, investors and regulators have been asking the same question over and over again: What kind of investment is bitcoin? Is it a currency, a commodity or a security? From a market regulatory perspective, the answer to this question is crucial, since bitcoin falls under different areas of responsibility and legal frameworks depending on what the verdict is.

Just recently, the independent research and consulting firm Octonomics published an article (based on the following paper) relating to this issue. The article concludes that bitcoin, ever since its inception, has never been and never will be a security. A number of arguments are presented as evidence. For example, no financial capital was raised to bootstrap bitcoin. In its early stages, bitcoin was driven by idealists and volunteers. There was no Initial Coin Offering (ICO) and no single bitcoin was premined. Bitcoin is also a decentralized network and not a company. There is neither a CEO nor a head office, let alone a sales team. As such bitcoin is a unique one-time phenomenon that cannot be meaningfully replicated. At the same time bitcoin does not have annual financial statements or profit-sharing certificates. The cryptoasset is no one's obligation and does not represent equity. Bitcoin is the worlds’  first digital bearer instrument without central control. Bitcoin simply is, it is just Bitcoin.

The arguments and points presented in this article make sense. There is much to be said in favor of categorizing bitcoin as a kind of commodity and not as a security. This is how various regulators worldwide, first and foremost the authorities in the USA, see it at present. The chairman of the Commodity Futures Trading Commission (CFTC) has already made several statements indicating this direction. However, there is no definite ruling just yet. The jury is still out. And there are still concerns, which are well articulated. What does an investor really buy when he buys bitcoin? A digitally immutable asset? Or is money invested in the issuance of tokens, which are fundamentally dependent on the existence and work of miners? Unlike commodities such as gold, even already mined bitcoin units depend on the miners' maintenance of the blockchain. From a regulator's point of view, the idea that a cartel of companies (miners) issue a token (Bitcoin) that depends, for better or worse, on these miners is not necessarily fundamentally absurd. If Bitcoin were to gain further relevance and disrupt the global economic system, such a defensive reaction on the part of fearful regulators cannot be ruled out. Such a reaction, however, would once again confirm Bitcoin's value proposition.