Talks and debates about Bitcoin's halving in May abound. Well-researched posts enrich the discussion but clarity will only come once the block reward will be halved. 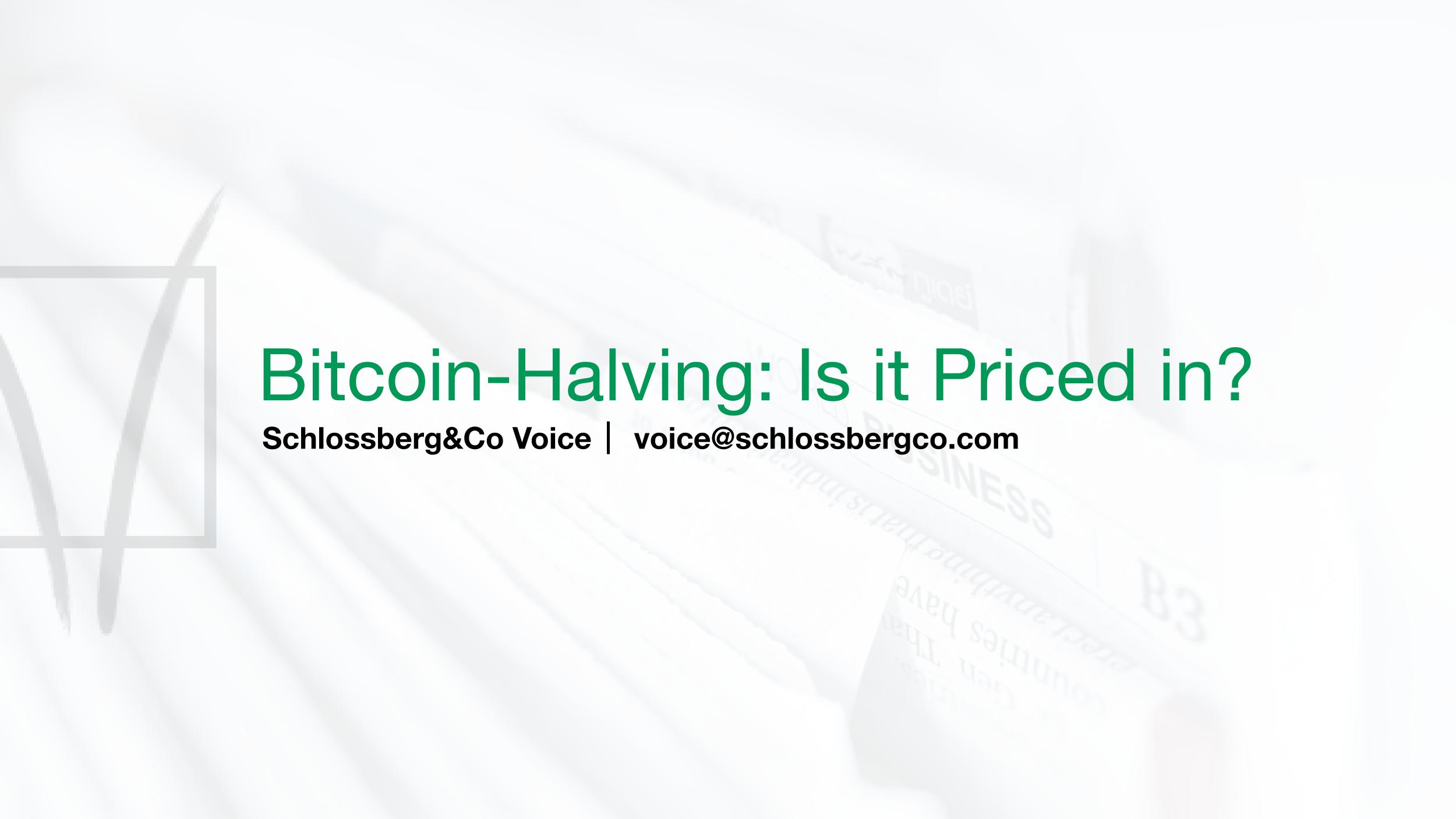 With Bitcoin approaching its block reward halving in mid-May, discussion is heating up on whether or not this major event in Bitcoin’s trajectory is priced in by market participants. Financial analysts and econometricians are fiercely debating over this question, bringing to life what could be called the first incidences of bitconometrics.

The divide within this new field of studying bitcoin econometrically happens to be along similar lines known from traditional finance. On the one hand, there are analysts from the active investment side, while the opposite group could be categorized as coming from a passive investor’s angle. The latter downplay the alleged impact of the issuance cut and tend to make references to market efficiency. In their arguments, they put forth rather quizzical versions of what is known as efficient-market hypothesis (EMH).

In a seminal piece, Nic Carter is trying to explain EMH from scratch. He lays out reasons why EMH should rather be called the efficient markets model and not hypothesis. Carter also emphasizes the fact EMH is actually quite tautological, which makes it hard to refute. Markets by definition are efficient after all, it is their actors and participants that are not. This leads Carter to show instances where the EMH obviously does not seem to hold up to reality: Non-free market situations (of which reality is imbued with), limits to arbitrage situations, situations where behavioral biases apply, and situations where market participants may not be sufficiently motivated to surface relevant information.

As a matter of fact, Carter excellently carves out the greatest problem opposing groups face when arguing with each other: Either group refers to a theoretical sound framework that doesn’t exist in a dynamic, contradictory, multi-polar world. This goes for traditional finance as much as for Bitcoin.

What kind of conclusion for the cryptoasset and the upcoming halving does Carter draw from his analysis? Let us refer you to his own words:

So is the halving “priced in” or will it be a catalyst for appreciation? If you’ve read this far, you will understand that I consider it patently absurd that a change in issuance would have been overlooked by the price-setting entities. Anyone with an interest in Bitcoin has been aware of the supply trajectory from inception. [...]

Now, can Bitcoin appreciate from here onwards? Absolutely. I don’t believe appreciation, if it occurs, will be due to the entirely foreseeable changes in the rate of issuance (the forthcoming halving will take us from 3.6% to 1.8% annualized issuance), but of course, I feel that there are other factors which could positively affect the price, most of which are hard to predict.

Concerning the second point: We totally agree. There is a great number of catalysts for bitcoin to appreciate throughout this decade (many of which we will write about in future pieces). As for the first point, we would add just one observation we are making: People that are owning bitcoin are aware of the halving to occur. They are also aware of the fact that with the halving, supply is going to be cut in half. What we think, they do not really grasp to the fullest, is what this increasing scarcity really means in a world of seeming post-scarcity and abundance. We think it is safe to say, hardly anyone on this planet has come to acknowledge and appreciate the fact that bitcoin really is a monetary black hole.