In terms of economic welfare, Africa is still lagging behind the rest of the world. Technological change, especially Bitcoin as a new form of money could change this. 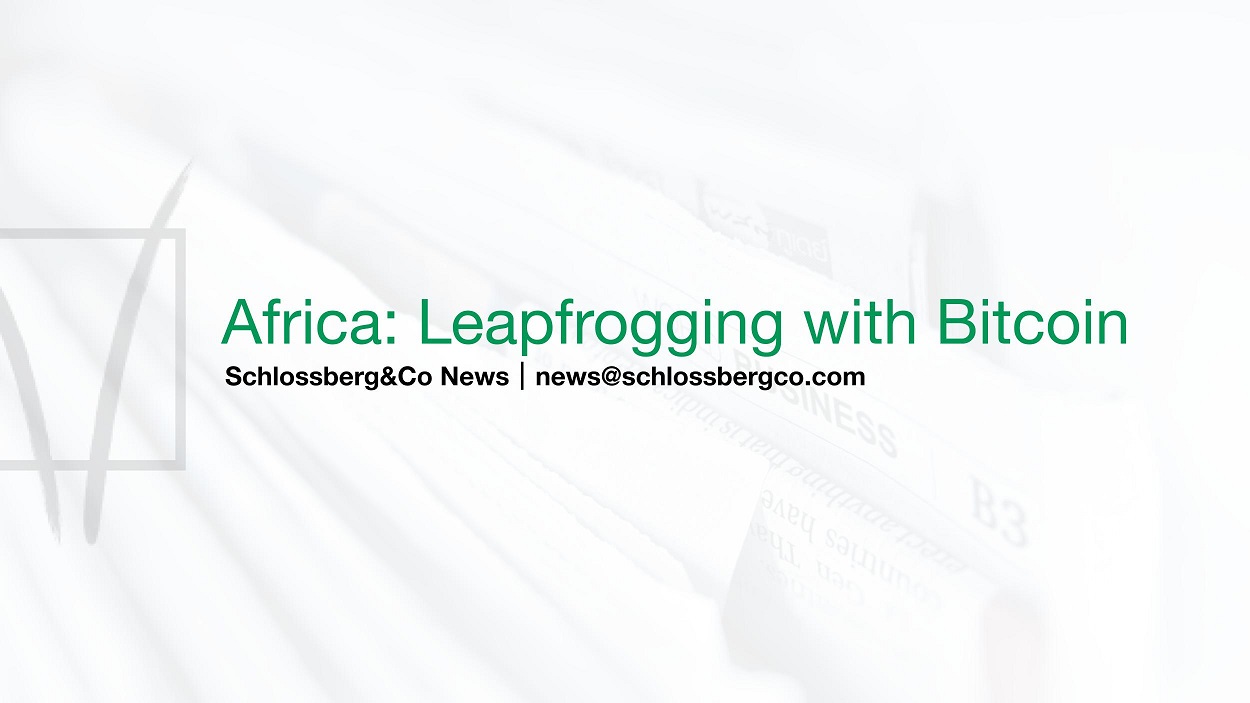 Many consider Bitcoin to be rather useless for people in the developed world. While some disagree (we here at Schlossberg definitely would), others aiming to bring the cryptocurrency to where it's most needed: The continent of Africa. No less a person than Jack Dorsey, CEO of social media giant Twitter, has alluded to plans to establish Bitcoin in countries around Africa.

Developing nations have long been expected to benefit the most from Bitcoin and the underlying blockchain technology. Interestingly enough Bitcoin could turn out to be another leapfrogging technology to boost Africa's economy performance. By going straight to mobile phones, Africa skipped the vast streams of telephone poles and wires that span across much of the Western world. This saved the continent extensive and expensive landline infrastructure.

In the same way, Africa could leapfrog its overall "money experience" by going from poor and unstable paper fiat currencies to interoperable and highly functional cryptocurrencies. More or less stable electronic fiat currencies would be skipped this way, which can only be to the benefit of the African people considering that many African political leaders still don't care about the well-being of their populace.