The world economy moves in cycles. New financial assets emerge. For the first time in human history, one has a valuable exit option to the current monetary policy driven by central banks. 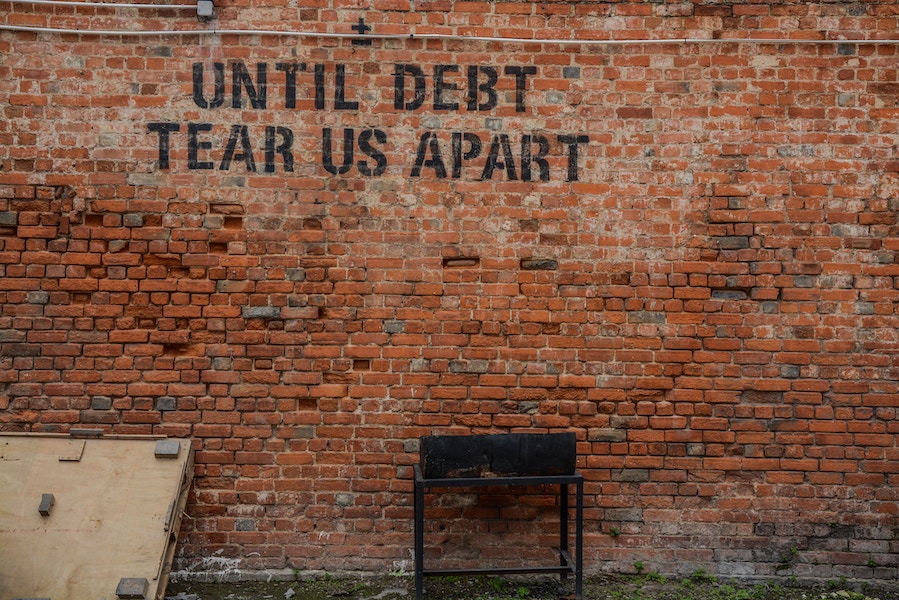 Superimposing these three components gives a better picture of what is occurring in the economy.

The economy, put simply, represents the sum of transactions occurring in a given region, such as a country. All transactions involve a buyer exchanging some kind of currency (such as money or credit) for a commodity or a service. Credit works almost like money and is spent in the same way. So finding the sum of the credit spent and the money spent gives you total spending—and this is what drives the economy. Dividing the amount spent on a product or service by the quantity sold gives the price.

A market is defined as the sum of all the buyers and sellers carrying out transactions for the same product or service.

If you take the sum of all the spending (total spending) and the quantities on which spending occurs (total quantities), then you have just collected all the information you need to understand the economy. The simplicity lies in the fact that people, businesses, banks and governments all engage in transactions. They exchange money and credit for goods, services and financial assets.

Credit is the most important part of the economy and probably the least understood.

This importance comes from its sheer size and its volatility. A lender’s objective is to turn the money they have into more money. Borrowers are usually interested in buying something that they are currently unable to afford (like a house, car, or business). Credit is useful for both parties in the lending transaction, since both the lenders and the borrowers come away from the transaction with what they want. The borrowers promise to repay not just the amount they borrowed (the principal) but also interest.

Less borrowing usually occurs at the time when interest rates are high because this makes it expensive for the borrower. Conversely, when interest rates are low, this means borrowing is cheap so more people participate in it. So, when borrowers promise to pay and lenders believe them, credit is created. The instant in which credit is created, it transforms into debt. To the lender, debt becomes an asset; to the borrower, debt becomes a liability. The asset and liability can eventually disappear in the future when the borrower repays the debt (with interest). At this point, the transaction is settled.

Credit is important because the moment a borrower receives credit, s/he is able to increase spending.

Since spending drives the economy, credit is a source of economic stimulation. The reason for this is that the spending done by one person becomes the income of another person. Every dollar one person earns, someone else has spent, and every dollar you spend, someone else has earned. This means that when you spend more, another person earns more. This leads to a domino effect because when a person’s income increases, lenders become more willing to lend money as s/he is now more creditworthy.

A creditworthy borrower is in possession of two things: the money to repay the debt and collateral. When income is compared with the debt, the creditworthy borrower’s income wins out and this means s/he has the ability to repay the debt. If it turns out s/he can’t pay, the collateral are valuable assets that can be sold to repay. Lenders feel comfortable with these things in place. Since borrowing means increased spending, and spending leads to more income for others, this means more people can afford to borrow, become higher spenders, and turn others into higher income earners. And so on. This leads to economic growth and cycles.

Productivity growth occurs as a result of learning, working, and increasing income and assets over time. Yet while it matters most in the long run, credit matters more in the short run. Productivity growth is stable while debt fluctuates—allowing higher consumption than production when it is acquired but forcing lower consumption than production when it must be repaid. Long-Term Debt Cycles have a 8-12 year range and Short-Term Debt Cycles a 80-100 year range.

Swings depend not on productivity but on credit. With only productivity growth, the economy experiences (at best) a linear and stable growth. But credit drives cycles primarily based on how human nature works. Whenever you borrow, you essentially borrow from your future self and this creates a cycle of higher-than-income spending followed by lower-than-income spending until the debt is repaid. Most of what people call money is actually credit. In the U.S., the total money is about $3 trillion while the total credit is about $50 trillion.

When income has been growing nearly as fast as debt so that people are able to ignore debt, the result is an economic bubble. The debt burden is the ratio of income to debt and is manageable as long as incomes rise alongside debt. During this period, asset values also rise. This makes people more creditworthy despite their debt. But eventually, debt must be repaid and this causes spending to decrease and by extension incomes. At the long term debt peak, this required repayment occurs over and over again, causing a protracted fall—or a crash (U.S. 1929, Japan 1989).

This leads to deleveraging in which people cut spending, incomes fall, asset prices fall, credit stops, stock market crashes, banks go out of business, unemployment rises. In a deleveraging scenario, unlike a recession, the lowering of interest rates does no good to revive the economy. Interest rates are too low already. Banks realize people will never be able to repay. The economy itself loses creditworthiness.

People, business, and the government cut their spending (austerity):

People cut spending to repay debt, but this cuts others’ income and actually leads to a greater debt burden. Since this happens to businesses and the government too, this often means layoffs, leading to higher unemployment.

Debt gets reduced either by default or restructurings:

People are unable to fully repay debts to bank, and this makes other people nervous that banks might not be able to repay them. They therefore rush to take their money from the banks. Banks suffer and default on their own debts creating an economic depression. Lenders agree to debt restructuring, which allows lenders to pay back less—as opposed to not paying at all. Debt disappears, but income and asset values disappear faster. So the burden of debt is still great.

Debt redistributed from the rich to the poor:

The government collects less taxes but needs to pay out unemployment benefits and devise economic stimulus plans. It needs money to do this and taxes can provide that only if it comes from the rich. Both the rich and poor resent each other. Revolutions could break out.

Money is printed “out of thin air” and used to buy bonds and financial assets. The bonds allow the printed money to pass from the central bank to the central government, which uses that money to pay for goods and services, thus stimulating the economy by providing people with income. While it increases the government’s debt alongside people’s income, it lowers the economy’s overall debt burden.

Printing extra money is the most popular instrument of dealing with deleveraging and allows the central bank to make up for the loss of credit and to continue the trend of economic stimulation. Income growth rates need to rise to levels above the interest rates on the debt people have accumulated, and printing money helps with that. Yet the central bank must take care not to overdo it and if one takes a look at central bank balance sheets around the world, they overdid it.

The exuberent intervention policies of central banks around the world make fiat money (USD, EUR, JPY, CNY, CHF etc.) "bad" money. The term fiat is derived from the Latin word fiat and means “so be it.” Fiat money is “coercive money,” or “money forced upon the people.”

There are three major characteristics of fiat money:

Fiat money has not come into this world naturally.

States have worked long and hard to replace commodity money in the form of gold and silver with their own fiat money. The final blow to commodity money came on August 15th, 1971, when US President Richard Nixon announced that the US Dollar would no longer be convertible into gold. This very decision effectively put the world on a fiat money regime and is the greatest monetary expropriation in modern history. Against this backdrop, it may not come as a surprise that fiat money suffers from economic and ethical deficiencies.

As we discussed earlier, fiat money lures states, banks, consumers, and firms into the pitfall trap of excessive debt. Sooner or later, borrowers find themselves in a deep hole with no way out. In addition, fiat money feeds big government. And as the state expands and sprouts like weeds in an untended garden, this outgrowth strangles - even destroys - individual freedom and liberty.

The outcome of a free market in money will be good money simply because people will demand, out of self-interest, good money - not bad money. This is actually what sound monetary theory tells us. Money has emerged from a commodity and spontaneously from the free market: no state or no central bank was needed in the process. To qualify as good money, the “thing” or good in question must have specific properties. It must be scarce, portable, divisible, fungible and durable. Gold and silver meet these requirements par excellence, and this is why they were chosen as the universally accepted means of payment whenever people were free to choose.

In the year 2009 a digital version (Digital Asset) of gold and silver has emerged - Bitcoin.

From a monetary theory point of view, Bitcoin qualifies as a good money candidate. It has emerged from the free market through the voluntary actions of all participants involved, respecting individual freedom and private property rights. The design of Bitcoin seeks to mimic the supply of gold in that the system will create a finite supply of the currency, which protects its value from profligate governments or central banks. The system is designed such that the supply of Bitcoins will increase over time until it reaches a total supply of 21 million. In order to achieve this target, the incremental supply of new Bitcoins will decrease geometrically by 50% every four years.

For the first time in human history, one has a valuable exit option to the current monetary policy driven by central banks. The options so far have been to buy real assets, i.e. real estate, collector cars, gold and stocks (companies with high capital assets), but these assets are not feasible, when it comes to transact with each other. One will find it difficult, to go and buy groceries with a few grams of gold. These assets do not fulfill some of the basic characteristics of money. Bitcoin on the other hand only lacks acceptability. However, broader acceptance is only a matter of time.