At this moment Crypto is more of a Tulip Mania than anything else. 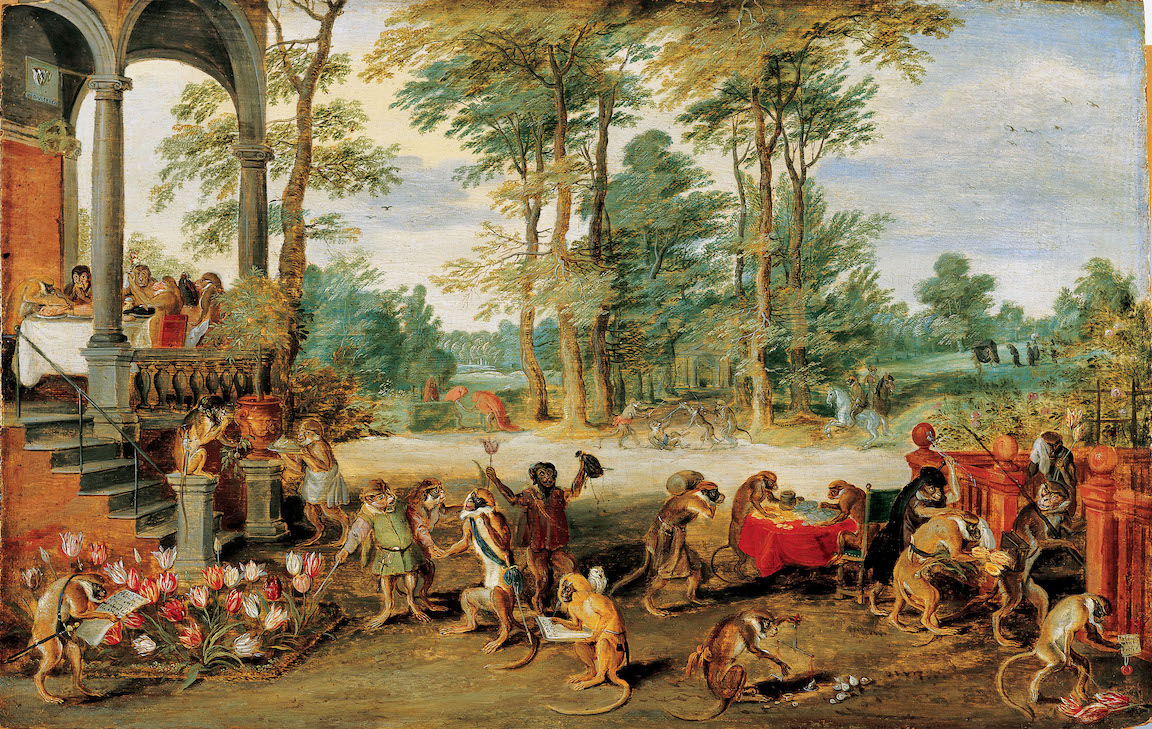 “Cryptocurrencies are going to disrupt the banks, governments and every institution that shows some kind of centralized feature!”

“Cryptocurrencies have no intrinsic value and they are the biggest ponzi-scheme in the history of mankind.”

As always the reality is much more complicated and nuanced.

Life is a Trade-off

You can’t have it all!

Even those who recognize the limits on their time often still expect to be: a productive employee, an inspiring mentor, a supportive colleague and committed spouse, friend, parent… In the messy real world, it is impossible to do everything perfectly at the same time. You cannot pursue all your goals simultaneously or satisfy all your desires at once. And it’s an emotional drain to think you can. Instead, you must focus on long-term fulfillment rather than short-term success and, at various points in your life, think carefully about your priorities.

Did we change topics here?!

No because what holds true for your personal life also holds true for the current state of the Crypto Economy and the technological building blocks that it’s based on. The biggest selling point and promise is the decentralization aspect and with it the censorship resistance. Censorship resistance means that access to decentralized applications is open and unfettered. Transactions on these services are unstoppable. If Bitcoin is capitalism distilled, it’s also a kind of freedom distilled. Which is why libertarians can get a bit obsessed.

All this freedom comes at a cost though. The costs being:

The future of Crypto is dependent on if or how we solve these drawdowns. Let’s have a look at these issues one by one and see how far we have come.

Bitcoin and other Cryptocurrencies are not suited for mass-adoption in their current form, and development is glacially slow, to put it mildly.

For instance Ethereum’s default mode of operation is to be a completely decentralised system (slow), running on a wide range of different consumer hardware (slow), with users geographically distributed all over the world (slow), while employing an ECDSA signature scheme to verify all transactions (slow), giving the network a P2P latency ranging from 50–200 milliseconds (ok-slow). All of these conspire to ensure that its blocks propagate around the globe at a leisurely pace, between 0.3 and 5 seconds (slow-quite slow), without counting the fact that every node has to verify and rebroadcast every transaction in sequential order (wasteful and slow, and in any case as slow as the slowest node).

Due to these and other issues and consequential design considerations (such as block size and the choice of proof-of-work consensus), Ethereum’s current throughput is roughly 14 TPS.

This is also the reason why Ethereum regularly comes to a halt when there is a bigger ICO.

At the current throughput Ethereum is too slow to even “decentralize” a Call Center.

Since we are not going to master quantum teleportation before the next update release, the capacity for millions (or, as some projects claim, “billions”) of TPS is simply not going to exist on Ethereum anytime soon.

Not all hope is lost though. There are ways of scaling. We are conducting transactions off the blockchain but settle them on the blockchain. This is the ambition of the Lightning Network for the Bitcoin blockchain.

It is in development but yet to be realized. It can essentially be thought of as a series of ledgers separate to the bitcoin blockchain, but branching off from it. Activity — from the perspective of bitcoin’s own ledger — occurs in the black box of its own branch. Many different parties can send funds between themselves in huge volumes and at practically zero cost, with smart contracts ensuring the results are embedded in the bitcoin blockchain for permanence and security whenever necessary or desirable. The creators maintain that the result could be far greater capacity than even Visa’s network.

It’s still early in the history of the blockchain. It’s an incredibly innovate set of technologies, and we will doubtless see some extremely creative solutions to the problem of scaling a comprehensive ledger of transactions.

In fact, these solutions will necessarily go hand-in-hand with the advance of the blockchain, because they are the prerequisite for its success.

Maybe we need to think out of the box and entirely get rid of the blockchain (this word is overhyped anyways). There are other solutions in development. IOTA’s Tangle or Swirld’s Hashgraph.

Being free means that only you have access to your Bitcoins, data, identity, etc. If this happens with the use of a private key that only you are in possession and that no-one can recover, then most people are doomed. Password recovery is probably the most used function on the internet. But nobody can recover your private key once you lost it. Maybe there is hope in advanced biometric identity solutions. With the release of the iPhone X, face recognition has become mainstream. Apple boldly says that there is only 1:1’000’000 chance that someone else can unlock your phone with their face. If these technologies become more advanced maybe soon we can encrypt a private key with our face. No need to hold on to it.

If people do not have a secure way of handling their own private keys and recovering them, they will always depend on a third party.

To be honest, I think User Experience will be one of the greatest challenges for the Crypto Economy and the decentralization hopes.

I will focus here on energy costs as they are probably the most apparent costs when it comes to Crypto. In fact, one Bitcoin transaction now uses as much energy as your house in a week. Bitcoin’s incredible price run to break over $9,000 this year has sent its overall electricity consumption soaring. People worldwide are bringing more energy-hungry computers online to mine the digital currency. As always that leads to higher carbon emissions. Let’s dive into some data made available on a coal-powered Bitcoin mine in Mongolia. This single mine is responsible for 8,000 to 13,000 kg CO2 emissions per Bitcoin it mines, and 24,000–40,000 kg of CO2 per hour.

The average European car emits 0.1181 kg of CO2 per kilometer driven. So for every hour the Mongolian Bitcoin mine operates, it’s responsible for (at least) the CO2 equivalent of over 203,000 car kilometers travelled.

This gets to the heart of Bitcoin’s core innovation, and also its core compromise. In order to achieve a functional, trustworthy decentralized payment system, Bitcoin imposes some very costly inefficiencies.

In short: there’s a lot of noise. But there is also signal.

The future application of these technologies — the persistent 100x, 1000x gains that change the way people live — will not come from shilling coins on Facebook or Youtube. Rather it will come by combining the two truths about Bitcoin and systems like it to create new institutions and new products that comply with the law but operate automatically and extremely efficiently. Companies like the Coinbases and the Blockchain.infos will provide the UX and licensing; companies like Tendermint or Swirlds will provide the back-ends for this next-generation infrastructure.

At this moment Crypto is more of a Tulip Mania than anything else.

The ICO bubble and its promise of cheap, quick gains is rightly the focus of attention for most folks at the moment. It is the promise of the greatest gains in the shortest time with the least effort.

That bubble needs to pop before we can get down to business with the utility-driven applications of this technology. And pop it will, as surely as the sun rises in the morning.

But then out of the ashes, the new stars of tomorrow will emerge. Humans always overestimate the potential of a disruptive technology in the short-run and underestimate it over the long-run.

All of this does not mean you cannot make money off of it. And being a guest at this party is ok. Just be sure to keep a close eye on the open door. Because at one point the music will stop playing and you want to be the first one out. Then count your bags and invest in the stars of tomorrow.