A series on our financial system. A series that really aims to help you understand it. 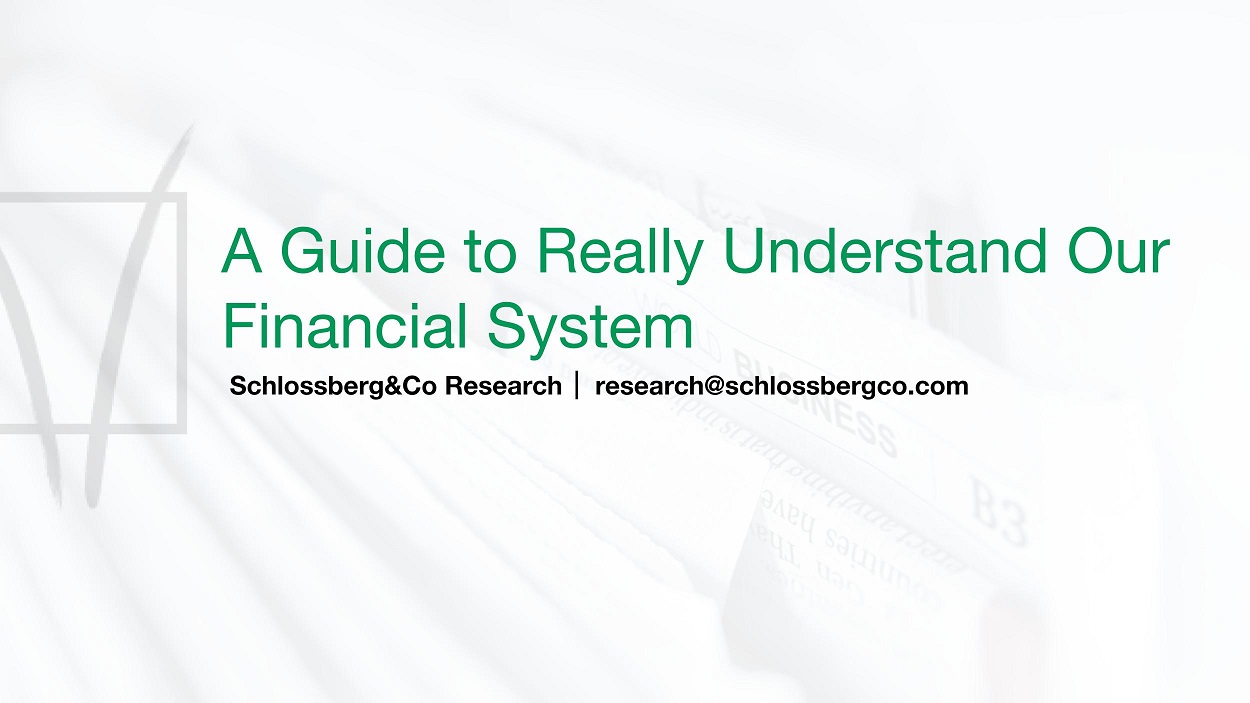 The corona crisis once again brings the financial system to mind of each and everyone. In the wake of volatile share prices and massive central bank interventions, commentators, analysts and journalists are outdoing each other in their ability to put events into perspective.

To the annoyance of many readers the articles hardly promote a proper understanding of what is actually happening in financial markets. Explanations are either too superficial, too complicated, too mainstream, too ideological or oftentimes a combination out of all of these.

With this five part series of articles "A Guide to Really Understand Our Financial System" we at Schlossberg&Co want to meet this need and fill the knowledge gap. In simple words (quite a daring aspiration, but we are taking the risk) we want to unravel our current financial system, its characteristics and mechanisms and provide a bird's eye view, without doing injustice to the complexity of the financial order as a whole.

We will show that our financial system today is no longer limited to commercial banks that provide the "real economy" with credit. We shed some light on the shadow banking system, which has, to a certain extent, developed powerfully in secret. The commercial banks, which in many people's minds are still regarded as the only relevant actors, are part of it, but as will become clear shadow banking system today goes far beyond them. We also argue that the "real economy", the banking world and the shadow banking system are now under the aegis of a global Eurodollar standard that ultimately conflicts with the order of national currencies, their economic areas and central bank mandates.